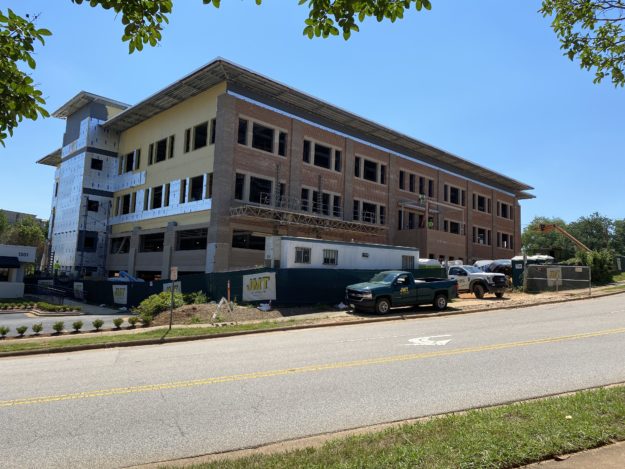 In this modern era, many creative minds are devising ingenious solutions to make more energy efficient items.  From electric cars to retrofitted buildings, there are many ways a consumer can “go green” and support sustainable solutions.  The same is true in the construction industry.

Architects, engineers, and general contractors have recently turned back to a method of designing buildings that has been tested over the course of several decades.  This is known as the Passive House standard.  These time-tested principles have been fully established as a unique way to design and construct buildings to be vastly more energy efficient than typical code-compliant buildings.

The idea of insulated, airtight houses has been a design staple for many different types of buildings for the past several centuries.  One of the first predecessors were Icelandic turf roofs from the Middle Ages.  In Iceland during this time, timber had become scarce, so people began insulating their homes with turf.  This was quite effective for keeping homes warm during the harsh winters.  This concept persisted and eventually found its way to Scandinavian countries, then to Germany where builders designed and created a low-energy house with controlled ventilation and solar and heat pump technology.  This experiment showed how certain building measures could have substantial energy savings.  Finally, these ideas made their way to the United States where builders William Shurcliff and Wayne Shick were pioneers of super-insulated homes during the 1970s and 80s.  They developed several residential homes that led to the modern-day Passive House standard.

Yet the person who deserves the most credit for current Passive House principles is Dr. Feist, a physicist from Northern Austria.  In 1991, he built the first Passive House which was a multi-residential building.  This building followed all the standards that are a part of the modern day Passive House accreditation.  He combined the research of many other designers and builders throughout the course of history into one comprehensive, energy efficient building.

All of these attempts to create energy efficient and comfortable buildings have led to the established Passive House standard.  These ideas have been tested and improved upon and now we have the unique opportunity to institute more buildings like this for a more energy efficient future in all climate zones. 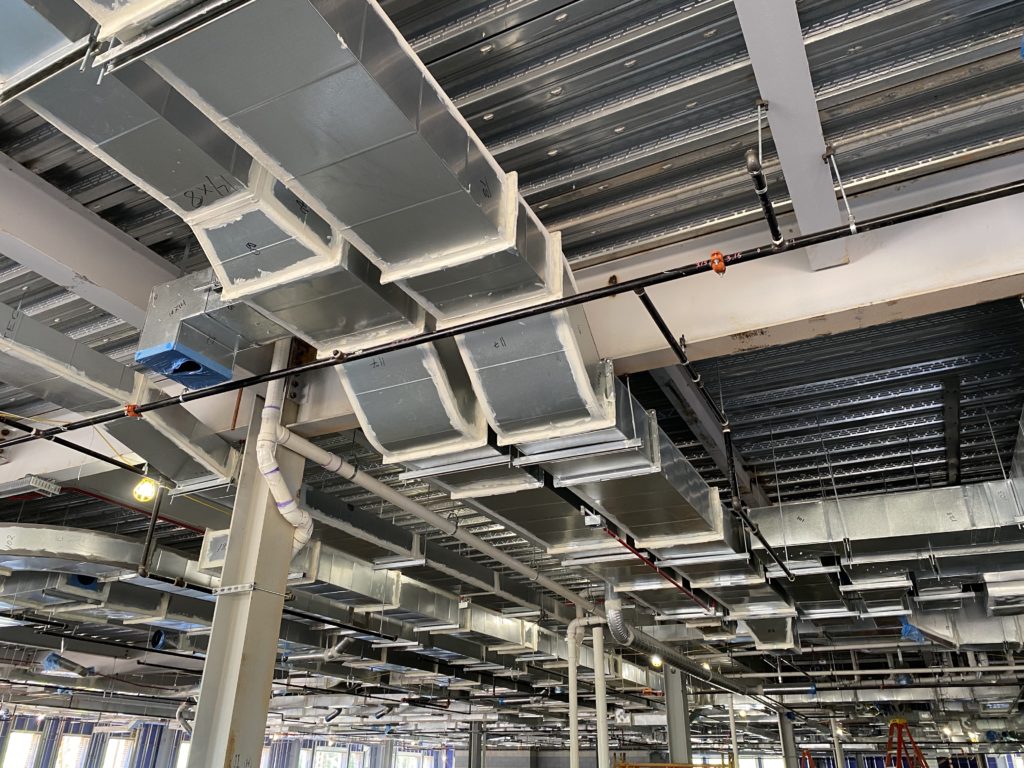 Mike Kapp, a Passive House Alliance U.S. Mid Atlantic Regional Representation and Certified Passive House Consultant, has influenced the Raleigh-Durham area to embrace Passive House standards. This has led to the unique Passive House design of the Care First Animal Hospital project on Oberlin Road in Raleigh, NC.  This project aims to be the first Passive House animal hospital in the world.

Kapp has been a pioneer and thought leader for the Passive House movement since 2008.  When the recession hit in 2008 and 2009, the construction industry stalled.  Work was hard to come by and with all the extra free time, architects, engineers, and general contractors took advantage of classes to hone their skills and expand their understanding of construction.  Kapp joined one of these nine week classes and during which a guest speaker shared the basics of Passive House design.  Kapp was immediately intrigued and began pursuing more training and accreditation in this specific way to design and build.  Once he gained his certification, he was instrumental in attracting the clients to his firm, Ankrom Moisan Architects, who eventually built The Orchards at Orenco in Portland, Oregon.  This became an award-winning Passive House multi-family unit.

In 2013, Kapp moved to North Carolina where he is actively involved in bolstering NC State’s understanding of Passive House through lectures that educate more students in this unique way to design buildings.  Along with this, he is on committees that lobby for more sustainable building solutions to our local and state leaders in North Carolina.  He is passionate about creating a cleaner world for his grandchildren which is why he continues to advocate for Passive House standards.

He stated that Care First Animal Hospital has posed some unique challenges since it is the first Passive House animal hospital.  He explained how the humidity generated from the animals, the grooming stations, and hospital’s hydrotherapy ward was a hurdle to overcome in the design.  Part of the ingenuity of Passive Houses are their ability to minimize moisture and humidity levels within the building.  The project team had to devise a system of appropriate insulation and sealants to help minimize the amount of humidity that the animal hospital will generate while ensuring durability of the structure.

During early adoption, there is usually a modest cost premium of Passive House structures, but Kapp assured that this premium would pay off quickly through the amount of energy saved.  Eventually, Care First Animal Hospital will cut energy use down by roughly 75% per square foot which will greatly impact the amount the owner will spend on utilities.  Kapp also stated, “Through the use of a comparatively small amount of solar energy, Care First Animal Hospital has the potential to reach net zero energy.

Not only will Care First Animal Hospital’s energy use and emissions be about 75% lower than other buildings, there are a number of other benefits from following Passive House principles.  Kapp stated that there will be a higher level of comfort due to the insulation that protects from severe weather events and drastic drops or hikes in temperature.  The building will also be a lot quieter due to the thick insulation.  Another benefit is better indoor air quality due to the proper ventilation and circulation through this type of design.  Care First Animal Hospital will offer its clients not only first-rate service for their pets, but energy efficiency and comfort all thanks to Passive House design. 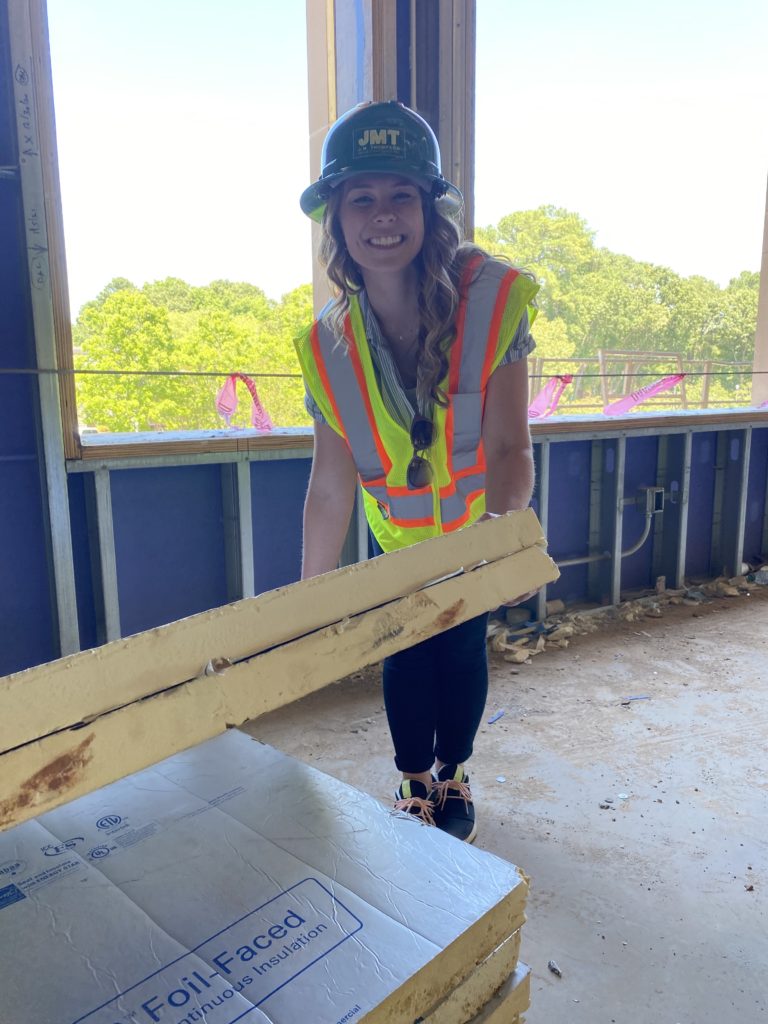